The Biggest Data Breaches in 2018 so far

The year of 2017 has been already marked with many historic big and bad data breaches. Lets look at the major cyber security breaches in the 2018 so far:

We created "CISO Platform 100" with the vision to recognise those who are making a difference to the world of security. Top 100 Influencers on an average have over 68170 followers on twitter in which some of the Top Influencers have over 3,81,304 followers. Top 100 influencers are divided into 8 categories – CISO, Ethical Hackers, Innovator, Author, Appsec , Academia & Media/Analyst.

Digital Risk Protection ( DRP ) is a term possibly popularized or coined by Forrester to describe the market of tools and technologies to protect from the risks posed by externally facing digital assets. As per Forrester: “Most buyers (77%) are purchasing DRP tools as net-new solutions for their organizations (as opposed to replacing an existing capability). They’re adding DRP to their existing security technology stacks to better tackle digital risk activities — namely, to improve…

A report by Frost & Sullivan found that more than 80% of survey respondents admit to using non-approved applications in their jobs.If you don’t know what to protect, then you cannot protect.

Learn More About the Key Use Cases Of Network ATP Technology

Advanced Threat Protection (ATP) is used to protect against sophisticated, highly skilled, well funded and motivated threat actor . The solution uncovers advance threats across Endpoints, Network, Email and Cloud. These solutions are used to detect advanced persistent threats that existing controls are not able to detect or are simply not capable of doing it.
Advance threat protection is not about a single security solution, It is about a combination of security…

Threat Intelligence Program is a set of people, process and technology which enables you to proactively Identify, collect, enrich and analyze threat information, strategic and tactical, so that your organization is ever ready to defend and respond to any kind of cyber attacks. Threat intelligence as applied in conventional security is  any information that helps you tune your security defenses, build an effective response program for any contingency and also if required take preemptive…

A common question is why should we get a third party penetration testing company? Why not choose a team from your current technical group to handle the network security test? For one, security audits like traditional financial audits are better done by outside companies with no bias and partiality to anyone or anything within your organization. Another reason to hire a security testing company is that one may find it difficult to hire and retain Penetration Testers.…

Capital One data breach affected over 106 million people, 140,000 Social Security numbers, 80,000 bank account numbers,1,000,000 Social Insurance Numbers ... The breach had taken place about 4 months back however it took some time before the breach was realised, in-fact it took an external tip for Capital One to realise something had happened.

The legal case built was quite interesting. Before I share the legal case link heres a short summary just in-case you dont know…

(Panel Discussion) Shadow IT: You Cannot Protect What You Can’t See

This is a summary of the panel discussion at Security Symposium & Cyber Sentinel Award by Infocon global. The panel discussion was moderated by Jitendra Chauhan (Head of Engineering at FireCompass) along with Balaram (CISO, Manthan), Ananth Kumar Ms (Head-IT Assurance & Security, Janalaxmi Financial Services), Sumanth Naropanth and Ramakrishna Roy.…

The cloud adoption is everywhere.. everyone is doing it, but that doesn’t mean they’re doing it right. CompTIA reported recently that 90 percent of companies are using cloud computing in some form.

The CISO Platform Playbook Round Table discussion happened with 34-40 CISOs across metros along with VMware. The discussion was driven by Bikash Barai and the inputs from the discussion have been put together (CISO names are not provided based on privacy…

We created "CISO Platform 100" with the vision to recognise those who are making a difference to the world of security. Top 100 Influencers on an average have over 68170 followers on twitter in which some of the Top Influencers have over 3,81,304 followers. Top 100 influencers are divided into 4 categories – CISO, Tech Leaders, Ethical Hackers and Media/Analyst.

There is a steep rise in interest from the Board & CEO of an organization to understand the security posture of their company. Partly because of the increasing pressure from the government regulators, stakeholders & discussions on the potential risk of individual liability for corporate directors who do not take appropriate responsibility for oversight of cybersecurity.… 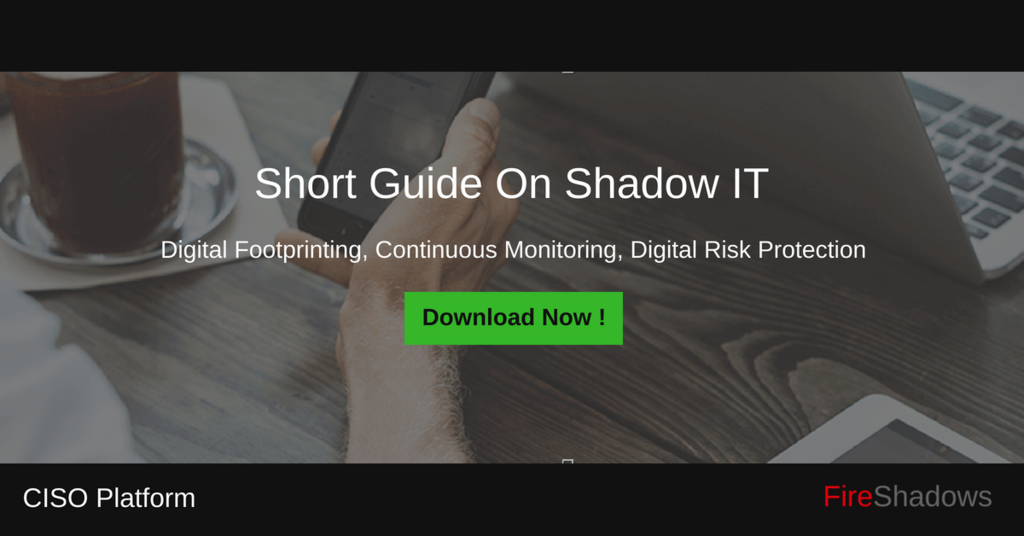 Not having real time view of your dynamic digital footprint and the risks it is introducing, leaves an organization in the dark and serves as a low hanging fruit for attackers to use this exposed information to fuel their malicious attacks. Understanding the impacts of Shadow IT can be crucial.…

Forrester Wave WAF Guide 2018 : Top 10 Vendors That Matter & How They Stack Up

The Forrester Wave™ Guide on Web Application Firewall, Q2 2018, is a detailed guide that helps you understand the 33 criteria & How To Use To Effectively WAF, Forrester Wave, helps in Measure Up WAF Vendors which is developed by Forrester for evaluating web application firewall vendors.

In this evaluation, Forrester has identified 10 most significant ones - Akamai Technologies, Amazon Web…

With the increased growth in the usage of the internet, mobile applications, and the Internet of Things, applications become ubiquitous but their security is low key. Deploying an effective WAF will be one of the baseline measures organizations can take to protect themselves from breaches and secure their customers.…