There has been some very interesting findings in the Verizon DBIR Report 2022. The community has been asking many questions and is excited. We requested a community session from our partner firecompass research division which you can join for free and ask any questions you have.

We are hosting a session on "Dissecting Verizon DBIR : What caused 3000+ breaches" by J.Chauhan (IIT Kharagpur Alumni; Head Research @FireCompass). Our speaker analyses the report and we understand the most common attack vectors and patterns. In this webinar, we will look deep into the Verizon DBIR report and find out how attackers navigate to your valuable assets and what you can do about it.

The last year has been notorious in cyber crime including well publicized critical infrastructure attacks to massive supply chain breaches. In the DBIR report, it has analysed data to find patterns and action types used against enterprises. This year the DBIR team analyzed 23,896 security incidents, of which, 5,212 were confirmed data breaches. (Reference : Verizon DBIR 2022)

(This is a free session exclusive to ciso platform community members.)
As always, we look forward to your feedback and thoughts. Please send us your ideas on how we can make the community a better value add for you and your peers. Email pritha.aash@cisoplatform.com

2.What Is The Objective ?
The objective to get insights from Verizon DBIR 2022 (Breaches) analysis report and orient the security roadmap, if required.

How can statistics help us ?
Stats based on breaches can tell us where we should focus on.
We believe that continuous security assessment in a way real attackers perform, especially on top of baseline activities such as VA/PT, will help in preventing future potential security incidents and breaches.

3.Taxonomy Of Attack In The DBIR Report

4.Explain The Taxonomy Of The Attack In The DBIR Report?

5.What Are The Top Attack Patterns (Complex Attacks) That Contributes To More Than 80% Of Breaches ? 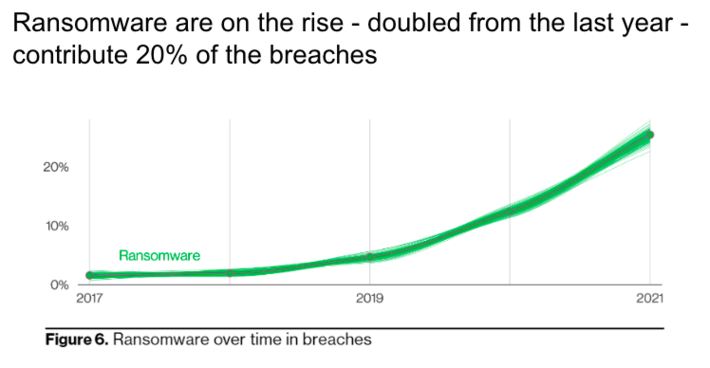 6.How Do Ransomwares Get Initial Foothold ?

7.What Automation Is Being Used By Hackers To Attack Enterprises?

8.What Are The Other Ways To Get Initial Foothold Into An Organization ?

9.How Attackers Are Leveraging Web Applications In Breaches?

10. What Is The Contribution Of Misconfigurations/Error In Breaches?

The rise of the Misconfiguration error began in 2018 and was largely driven by cloud data store implementations that were stood up without appropriate access controls.
The data tends to be from customers, and it is also the customers who are notifying the breached organizations in a high number of cases. However, Security researchers are still the stars of this Discovery show (although their percentage is down from last year).