5 of the most famous hackers!!! 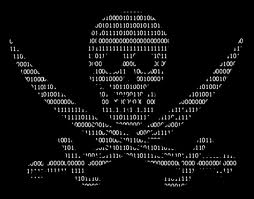 The Internet has plenty of crackers, known as  "black hats", who work to exploit computer systems.You also have white hats. When hackers are hired by companies to do penetration testing, it's legal and known as white hats. In this section we profile five of the most famous  and all time favourite "black hat" hackers!!!

Jonathan James: James  became the first juvenile to be

sent to prison for hacking. He was sentenced at 16 years old. In an anonymous PBS interview, he professes, "I was just looking around, playing around. What was fun for me was a challenge to see what I could pull off".James's major intrusions targeted high-profile organizations. He installed a backdoor into a Defense Threat Reduction Agency server,which enabled him to view sensitive emails and capture employee usernames and passwords .

James also cracked into NASA computers, stealing software worth approximately $1.7 million. According to NASA, "The software supported the International Space Station's physical environment, including control of the temperature and humidity within the living space." NASA was forced to shut down its computer systems for three weeks,costing $41,000 to check and fix its systems. James explained that he downloaded the code to supplement his studies on C programming, but contended, "The code itself was crappy . . . certainly not worth $1.7 million like they claimed."

Given the extent of his intrusions, if James, also known as "c0mrade", had been an adult he likely would have served at least 10 years. Instead, he was banned from recreational computer use and was slated to serve a six-month sentence under house arrest with probation. However, he served six months in prison for violation of parole. He died on May 18, 2008, of a self-inflicted gunshot wound.

(Read more:  Changing Landscape of IT Security. How should a CISO prepare for the battle?)

Adrian Lamo: Lamo gained media attention  in his break-ins at major organizations like The New York Times and Microsoft. Dubbed the "homeless hacker," he used Internet connections at Kinko's, coffee shops and libraries to do his intrusions. In a profile article,"He hacks by day,Squats by night", Lamo reflects, "I have a laptop in Pittsburgh, a change of clothes in D.C. It kind of redefines the term multi-jurisdictional." In 2010, Lamo became embroiled in the Wiki Leaks scandal involving Bradley Manning, who was arrested after Lamo reported to federal authorities that Manning had leaked hundreds of sensitive U.S. government documents.

Lamo's intrusions consisted mainly of penetration testing, in which he found flaws in security, exploited them and then informed companies of their shortcomings. His hits include Yahoo!, Bank of America, Citigroup and Cingular.

When he broke into The New York Times' intranet, things got serious. He added his name to a list of experts and viewed personal information on contributors, including Social Security numbers. Lamo also hacked into The Times' LexisNexis account to conduct research on high-profile subject matter.

For his intrusion at The New York Times, Lamo was ordered to pay approximately $65,000 in restitution. He was also sentenced to six months of home confinement and two years of probation, which expired January 16, 2007. Lamo is currently working as an award-winning journalist and public speaker.

(Read more: Top 5 things a CISO should evaluate to benchmark an IAM solution)

Kevin Mitnick: A self-proclaimed "hacker poster boy," Mitnick went through a highly publicized pursuit by authorities.The Department of Justice describes him as "the most wanted computer criminal in United States history." His exploits were detailed in two movies: Freedom Downtime and Takedown.

At age 12, Mitnick used social engineering to bypass the punchcard system used in the Los Angeles bus system. Although there were numerous offenses, Mitnick was ultimately convicted for breaking into the Digital Equipment Corporation's computer network and stealing software.

Mitnick's mischief got serious when he went on a  "hacking spree"for two and a half years .The CNN article,"Legendary computer hacker released from prison", explains that "he hacked into computers, stole corporate secrets, scrambled phone networks and broke into the national defense warning system." He then hacked into computer expert and fellow hacker Tsutomu Shimomura's home computer, which led to his undoing.

Today, Mitnick has been able to move past his role as a black hat hacker and become a productive member of society. He is now a computer security consultant, author and speaker.

Kevin Poulsen: He worked for SRI International by day, and hacked at night. Also known as Dark Dante, Poulsen gained recognition for his hack of LA radio's KIIS-FM phone lines, guaranteeing that he would be the 102nd caller and win the prize of a Porsche 944 S2. Law enforcement dubbed him "the Hannibal Lecter of computer crime."

Authorities began to pursue Poulsen after he hacked into a federal investigation database. During this pursuit, he further drew the ire of the FBI by hacking into federal computers for wiretap information.

His hacking specialty, however, revolved around telephones. Poulsen also "reactivated old Yellow Page escort telephone numbers for an acquaintance who then ran a virtual escort agency." Later, when his photo came up on the show Unsolved Mysteries, 1-800 phone lines for the program crashed mysteriuosly. Ultimately, Poulsen was captured in a supermarket and served a sentence of five years.

Poulsen has reinvented himself as a journalist since his release from prison, and sought to distance himself from his criminal past.He became a senior editor for Wired News in June 2005. His most prominent article details his work on identifying 744 sex offenders with MySpace profiles.

Morris wrote the code for the worm while he was a student at Cornell. He asserts that he intended to use it to see how large the Internet was. The worm, however, replicated itself excessively, slowing computers down so that they were no longer usable. It is not possible to know exactly how many computers were affected, but experts estimate an impact of 6,000 machines. He was sentenced to three years' probation, 400 hours of community service and a fined $10,500.

He went on to co-found the online store Viaweb, one of the first web-based applications, and later the funding firm Y Combinator - both with Paul Graham. He is currently working as a tenured professor in the department of Electrical Engineering and Computer Science  at the MIT.

More:  Have you nominated yourself for Top 100 CISO Awards?  Click here to nominate

Welcome to the platform, Adrian ! We believe there is a lot the security community can learn from your expertise !