Apache log4j 2 is an open source Java-based logging framework, which is leveraged within numerous Java applications around the world. Compared with the original log4j 1.X release, log4j 2 addressed issues with the previous release and offered a plugin architecture for users. On Aug. 5, 2015, log4j 2 became the mainstream version and all of the previous version log4j users were recommended to upgrade to log4j 2. Apache log4j 2 is widely used in many popular software applications, such as Apache Struts, ElasticSearch, Redis, Kafka and others.

While supplying an easy and flexible user experience, Apache log4j 2 has historically been vulnerable to process and deserialize user inputs. Two previous deserialization vulnerabilities, CVE-2017-5645 and CVE-2019-17571, were previously discovered, resulting in code injection and further RCE due to a lack of necessary processing against provided user input data.

The Apache log4j library allows for developers to log various data within their application. In certain circumstances, the data being logged originates from user input. Should this user input contain special characters and be subsequently logged within the context of log4j, the Java method lookup will finally be called to execute the user-defined remote Java class in the LDAP server. This will in turn lead to RCE on the victim server that uses the vulnerable log4j 2 instance.

With the official Apache patch being released, 2.15.0-rc1 was initially reported to have fixed the CVE-2021-44228 vulnerability. However, a subsequent bypass was discovered. A newly released 2.15.0-rc2 version was in turn released, which protects users against this vulnerability.

On Dec. 14, it was discovered that the fix released in Log4j 2.15.0 was insufficient. CVE-2021-45046 was assigned for the new vulnerability discovered. On Dec. 17, Apache upgraded the severity of this vulnerability, indicating it can be used to gain remote code execution under certain circumstances.

On Dec. 17, version 2.17.0 was released to patch CVE-2021-45105. This new vulnerability results from version 2.16 not protecting from uncontrolled recursion from self-referential lookups. Exploitation allows for a denial of service (DOS) attack against the process running Log4j. This vulnerability is less critical than the previous RCE vulnerabilities but could allow an attacker to crash a vulnerable application. Please see the Apache Log4j security advisory for potential mitigations.

CVE-2021-44228 and CVE-2021-45046 are still being actively investigated in order to properly identify the full scope severity. Given the information currently available, these vulnerabilities may have a high impact at present and in the future. Most of the applications being affected are widely used in the corporate networks as well as home networks. Users are encouraged to take all necessary steps to ensure they are protected against these vulnerabilities, as outlined below. 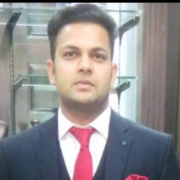