Recently, you might have heard in news about COSMOS Bank, a 112-year old cooperative bank in India and the second largest in the country being hacked and crores were siphoned off. The bank lost 940 million (94 Crores) due to this breach on 11th & 13th August. 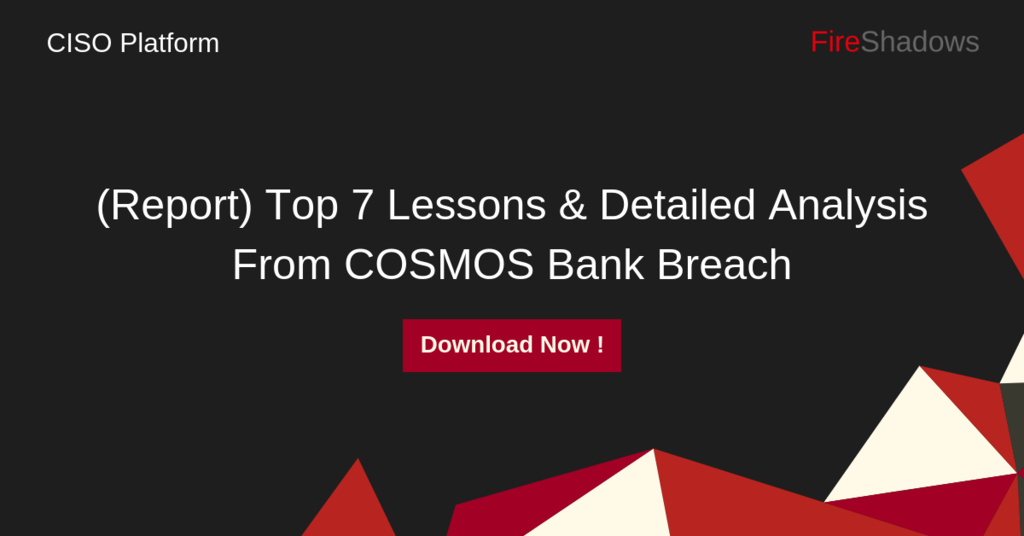 As per reports, the fraudulent transactions were carried out on August 11 and August 13 and the malware attack by the hackers originated in Canada, Cosmos Bank chairman Milind Kale told. In the first attack on August 11, using stolen card details, approximately Rs 78 crore was withdrawn in transactions in 28 countries. This included around 12,000 Visa card transactions. On the same day, approximately, Rs 2.5 crore was withdrawn through 2,800 debit card transactions in India at various locations. On August 13, the hackers transferred Rs 13.94 crore into an account in the Hang Seng Bank in Hong Kong by initiating a SWIFT transaction."In two days, hackers withdrew a total Rs 78 crore from various ATMs in 28 countries, including Canada, Hong Kong and a few ATMs in India, and another Rs 2.5 crore were taken out within India," he said. It was observed that unusual repeated transactions were taking place through Visa and Rupay cards used at various ATMs for nearly two hours .

This report gives you an understanding of the COSMOS hack, how it happened, a detailed technical analysis, learning from it & more

What Will You Find In The Report ?